Over the last few months there have been several prominent figures change allegiance to their political party or at least their perceived ideology. Repeatedly, I hear many on the conservative side say, ‘I don’t trust (insert name here).’

First there was Tulsi Gabbard announcing she would be leaving the Democratic Party.  There were some that went so far as to pontificate that Gabbard would be Donald Trump’s running mate should he declare a run for the ’24 presidential election. The chorus of naysayers would proclaim Tulsi isn’t to be trusted and if Trump chose her, they would not support Donald Trump.  I never heard Tulsi Gabbard ask anyone to trust her, she simply left the party she wanted to lead as its presidential candidate, only 18 months ago.

What did she do?  After her announcement she went straight to Arizona to help Republican, American First candidates, Kari Lake and Blake Masters in their bids to win the midterm election. Her actions spoke. She didn’t ask to be trusted.

Kyrsten Sinema then announced she is leaving the Democratic Party. Again, vocal conservatives rained down the ‘don’t trust Sinema, she’s still a Democrat.’ From my perspective this move was purely political. Consider Arizona, a border state, dealing with the wide-open border and her re-election in the future.  Arizona has 1.4 million registered Republicans, 1.4 million Independents and 1.2 million registered Democrats. I’m not judging her motivation but I would distance myself from the far left as much as I could also.

I don’t need to trust her to know the importance of her vote in a 51-49 Senate. Then add Joe Manchin (D, WV) coming from a state that voted for Donald Trump with 70% of support. Should Republican investigations in the new House of Representatives prove someone in the Biden Cabinet should be impeached, say DHS Head Alejandro Mayorkas, beyond any reasonable doubt, it only takes 51 votes. Let’s watch and wait, but no need to trust her and she didn’t ask you to.

Elon Musk buys Twitter and again I hear conservatives with the familiar refrain, ‘I don’t trust Musk.’ In my view, Musk has been extremely transparent. Even sharing with everyone how he has voted in the past and how he voted for Republicans the first time ever in the November midterm.  The openness Musk has exhibited has been refreshing. Finally, someone that just wants to be truthful and allow the people to see everything so we all can make intelligent determinations. His motivations are not my concern, the truth is.

The Twitter Files have opened the door for many to see for the first time what many of us have known or suspected for years. Twitter Files 1-6 were a bore to me, but #7 & #8 got my attention. I’ll write about that next time. To the question of trust and Musk, the important part of Twitter Files, to me, are the actual journalists used to convey these stories.  From the Right, all these journalists would be considered progressive if not liberal. It’s very important to understand the use of these specific messengers. Think on that when you consider your trust in Musk, but I don’t recall Musk asking for trust either.

I don’t believe trust is earned; I believe it’s lost.

Let’s learn to allow people to lose our trust, not earn it. 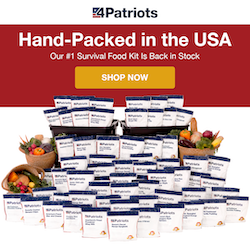